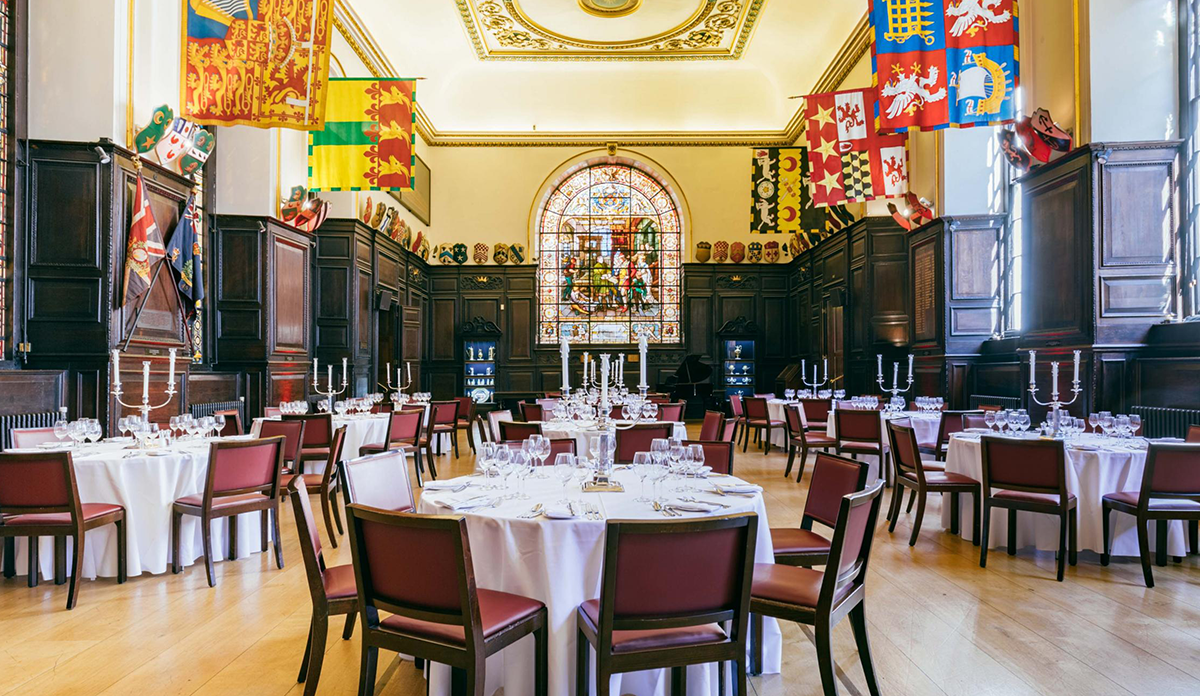 Stationers’ Hall reopened its doors in July now offering a more accessible, flexible and sustainable space. The venue is an exclusive Grade I listed building in the heart of the City of London, just near St Paul’s Cathedral.

Discover the history of stationers' hall

The great Fire of London destroyed the Stationer’s original hall. Steps were taken to build the present Livery Hall, with work beginning in 1670. By autumn 1673, the new Hall was used for dinner on Lord Mayor's day, but a further 12 months passed before Stephen Colledge, 'the Protestant Joiner', was contracted to panel the Hall for £300.

The Stationers' Company originated in 1403 when the Mayor of the City of London approved the formation of a stationers' guild, whose members were text writers and illuminators of manuscript books, booksellers, bookbinders and suppliers of parchment, pens and paper. A stationer was one who traded from a 'stationery' stall round St Paul's Cathedral.

Work on the present Hall began in 1670 and by 1673 it was ready for use. Additions took place at the end of the 18th century, including the magnificent stained glass windows in the Livery Hall.

Stationers' Hall today is one of the most beautiful in London and is now available for exclusive hire for corporate and private events.

Stationers' Hall comprises a suite of grand inter-linking rooms as well as a secluded private garden.

The layout and flexibility of each room allows for a variety of set ups from a large event to a more intimate occasion. The following room pages give more detail about each of the rooms and garden as well as capacities.