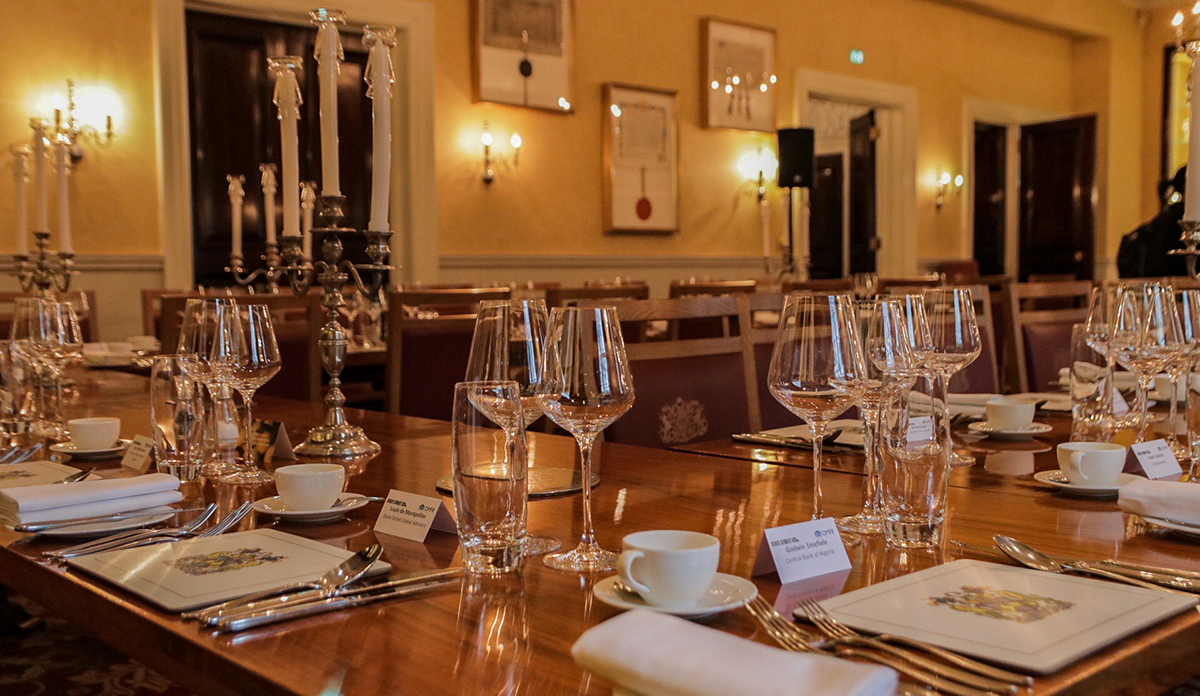 Pewterers’ Hall is situated in the heart of the city offering itself as a fully flexible event solution for both private and corporate events. Pewterers’ is one of the very few Livery Halls with access to outside space in the form of a picturesque former churchyard which is ideal for both post and pre-dinner receptions. During the Summer months, there is an option to erect a marquee giving your event even more capabilities and perfect for your next summer party.

Discover the History of Pewterers' Hall

There are few records of the first Hall other than that it was completed in 1496 and had a garden and vinery. However, when the first Hall was destroyed by the Great Fire of London in 1666 the Company quickly rebuilt with a second Hall completed in 1670. The elaborate panelling in the second Hall, from 1667, was advised on by Sir Christopher Wren. The second Hall also had elaborate plaster work and beautiful brass chandeliers. The original 17th century panelling, Georgian chandeliers and many fascinating artefacts of pewter are proudly displayed in the current Hall which was built in the 1960s.

Ideally situated in the heart of the City, Pewterers' Hall is located between London Wall and Gresham Street. Its flexible suite of three rooms means that the venue is suitable for both social and corporate events. We are tremendously lucky to have a Hall built in a classical style with Georgian features that incorporate our history although the building is also adaptable to modern events. The fantastic renovation by Dolby and Taylor in 2011 has given new life to the building. The Hall is part of Super Connected Cities and has Fibre Ethernet Connection and an impressive AV suite. It is one of the most versatile Livery Halls in the City.

Few venues in the capital can rival a Livery Hall for prestige, splendour and an atmosphere of heritage. Pewterers' Hall is the perfect backdrop for celebrations, meetings, receptions and presentations.​​​​​​​