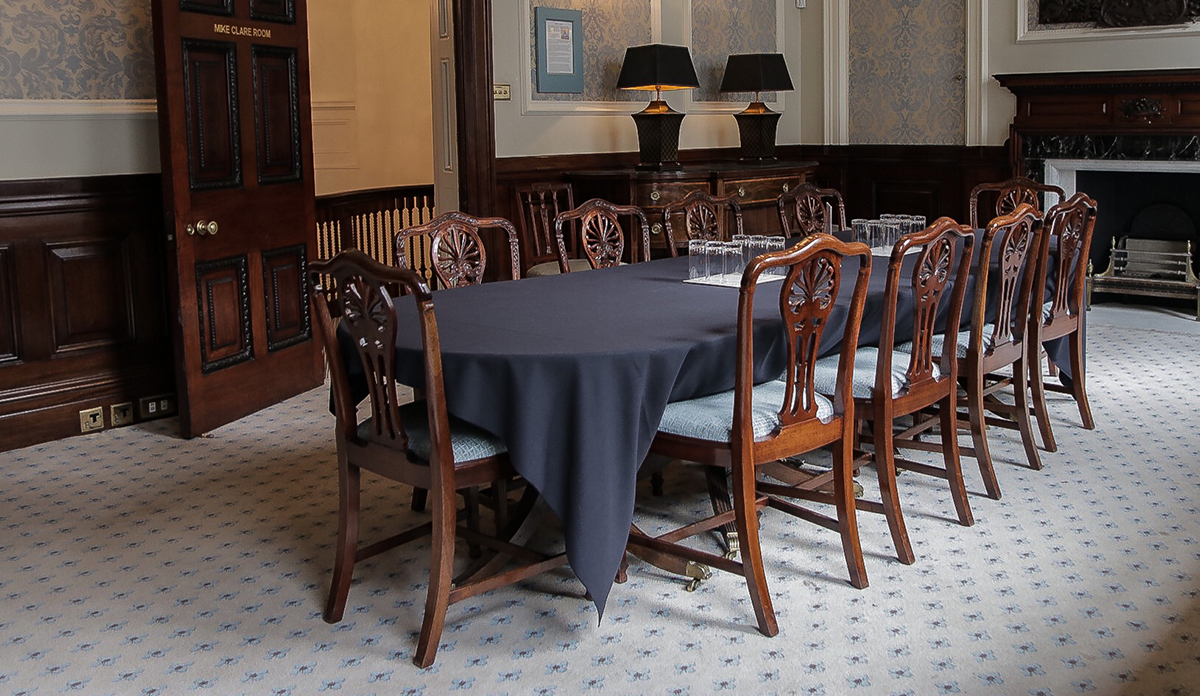 Furniture Makers' Hall has many of the original Victorian features from when it was built in 1882 as well as bespoke wood furniture and fittings, including an ornate oak staircase running through the centre of the building. There is a choice of 3 distinct rooms available for hire supported with an outstanding catering and events service and is ideal for private meetings and dining events.

Furniture Makers’ Hall, was built in 1882 by E A Gruning, although the style is a lot earlier.

The original tenants were Fruhling and Goschen, a banking house founded in Leipzig that had come to London in around 1800 and it was a George Goschen that actually began work on the building in 1853. He was later to become 1st Viscount Goschen, MP for the City of London, a director of the Bank of England, First Lord of the Admiralty twice, President of the Royal Statistical Society, Chancellor of Oxford University, and Chancellor of the Exchequer for five years from 1887-1892.

When London was hit by German bombing in 1940, the damage to number 12 was mostly superficial with damage to the windows and the front of the building. Contrast this with the Dutch Church across the street which, having stood since 1350, was completely destroyed.

Today the Hall is a popular venue for conferences, meetings, exhibitions & banquets and serves a discerning and broad clientele from inside and outside the Square Mile.

Expect a refreshingly different meeting and dining experience at a venue within easy walking distance from Moorgate, Bank and Liverpool Street Station.