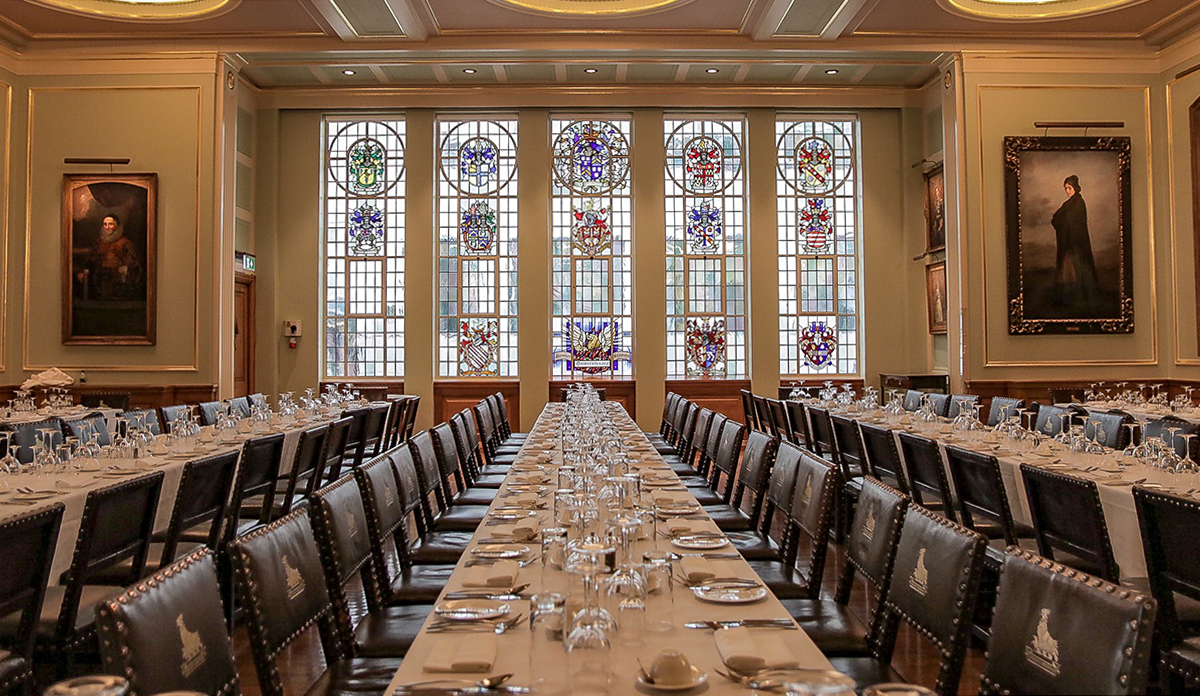 Painters’ Hall is a stunning and historical venue, combining unique art and valued heritage. Home to The Worshipful Company of Painter-Stainers’, Painters’ Hall offers an accessible central London location and substantial ‘in house’ facilities including plasma screens, staging and Fibre Optic Broadband for all your conference needs.

Discover the History of Painters' Hall

Painters’ Hall first hall was donated by Alderman Sir John Browne, Sergeant-Painter to Henry VIII in 1532, It was subsequently re-built but was destroyed by enemy action in 1941.

The Hall was destroyed in the Great Fire of September 1666. But earlier during the conflagration Charles II is reported to have rested in it after viewing the approaching destruction.

A stained glass window depicting the Arms of Charles II in the Court Room is believed to commemorate this visit.

A new Hall was built by 1670, though additions and improvements continued to be made and in 1682 it was insured against fire. Extensive repairs were carried out in 1776-7 and a new wing was built in 1880. The Little Trinity Lane front was reconstructed and new buildings were erected on the adjoining site of 5,6,7 and 8 in 1914-16.

In 1930 the south wall of the Hall was condemned because the foundations were insufficient. This wall was 3ft thick and was reputed to have survived the Great Fire of 1666. Its replacement resulted in a major reconstruction of the Hall and Court Room beneath it, but both were destroyed by fire resulting from enemy action in 1941. The present Hall was rebuilt and opened in 1961 combines the traditional elegance of a City Livery Hall with the facilities expected of a modern building.