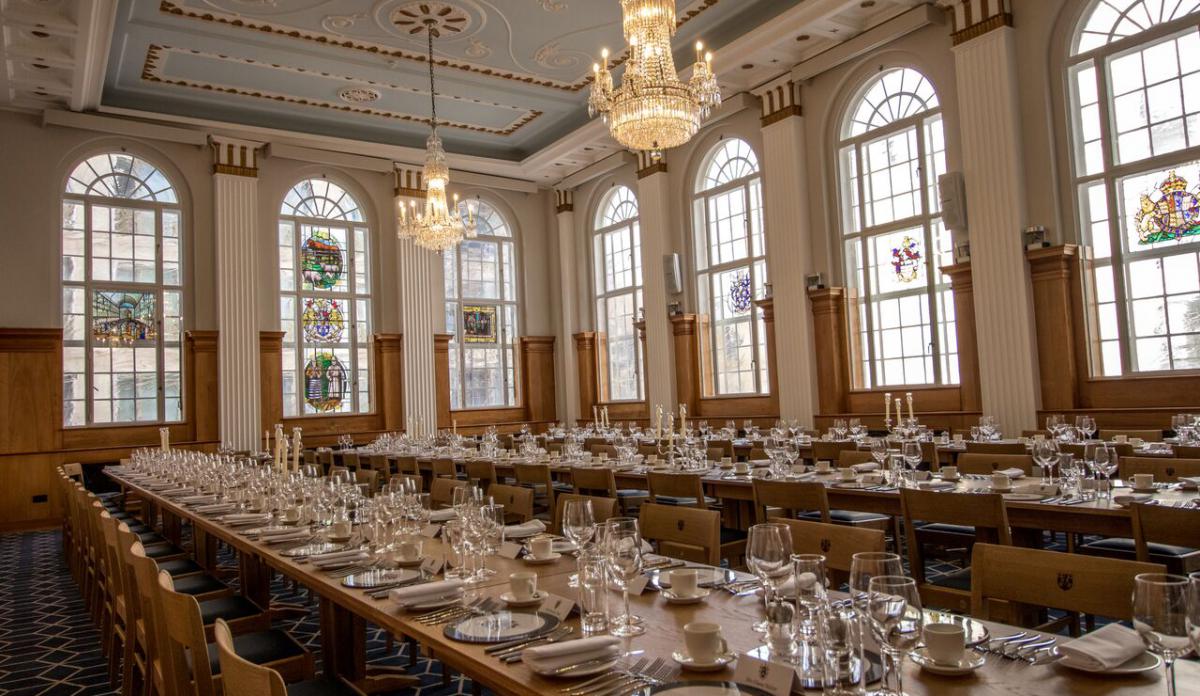 Butchers' Hall is now open following a monumental refurbishment. This Livery Hall provides a range of versatile event spaces topped off with a stunning roof garden, top class facilities with state of the art AV and lighting, and a dedicated fibre optic broadband line.

Discover the History of Butchers' Hall

Tradition has it that in 975 AD in the Ward of Farringdon Without, there are “divers slaughterhouses and a Butchers' Hall where the craftsmen meet” beginning an unbroken connection between the Butchers and Smithfield.

The Worshipful Company of Butchers has had more than its fair share of ill fortune. Five of the seven Halls were burned down including destruction in the Great Fire of London in 1666.

The fourth Hall, in Pudding Lane, was subject to a compulsory purchase order in 1883 when it was demolished to make way for The Metropolitan District Line, the second underground railway in the world to be built (the first being the Metropolitan Railway between Paddington and Farringdon Street).

The companies proximity to the City meant that they were vulnerable to enemy attack and indeed the Hall in Bartholomew Court suffered considerable damage from a large bomb dropped from a Zeppelin in 1915 and again after a V1 bomb landed in the courtyard in July 1944.

The current Hall was opened by the Bishop of London in 1960 after a service at St. Bartholomew-the Great. In 1964 the Vestey Tapestry measuring 25’ by 12’ was hung in the Great Hall and the magnificent engraved glass screens in the foyer presented, as a memorial to members of the family in the meat industry who were Liverymen of the Company, by the Borthwick family.

With considerable foresight and following a successful appeal for donations an additional floor for offices was added under a mansard roof, following completion in 1996 the Hall was acclaimed “as one of the first modern City Livery Halls to be built in London.”

Today development work in the surrounding area, including the significant Barts Hospital redevelopment has caused closure of Butchers’ Hall for some 4 years while demolition and rebuilding work goes on around the venue. While care has been taken to protect the unique features of Butchers’ Hall, the company is using this opportunity to update the facilities and furnishings to ensure our fitness for purpose for our return to their spiritual home.